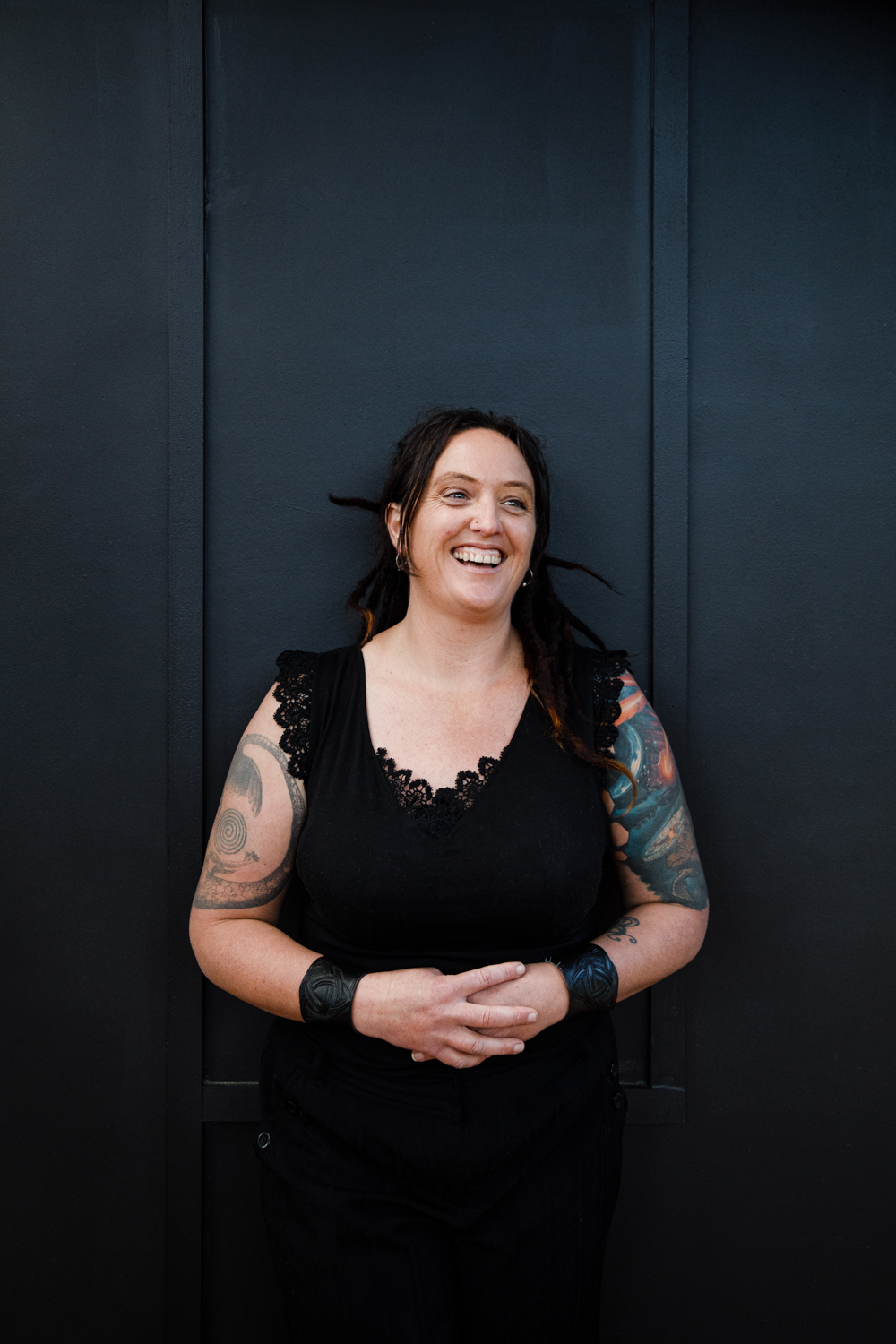 Amy Bell always, on her mother’s reflection of her as a child, had a natural affinity to social injustices and atunement to the needs of others. Amy started uni doing a Bachelor of Arts (philosophy, linguistics, theatre) but changed to Nursing, partly due to societal pressures to get a job – she was only 19. Her brief career as a Registered Nurse helped her realise the importance of authenticity and integrity, particularly when social justice is at your core. After a miscarriage, Amy chose to venture off the grid, and live on the frontline of a protest camp on Wiradjuri land, she travelled to visit and support other protest camps in NSW, VIC and TAS. Along the way building community, integrity and a deeper understanding of humans in distress.

In 2005 the first of her three daughters arrived, and Amy’s energy shifted to birth activism- upon witnessing the social injustices of birth and motherhood. Amy was inspired by a Circle Of Security workshop, and used her time as a stay-at-home mum to train in Parent Mentoring (cert II), and qualifying as a Birth Doula and Breast-Feeding Counsellor while pregnant with her third daughter.

Volunteering also became a passion of Amy’s. During her early motherhood phase, she began volunteering with Australian Breastfeeding Association, this evolved into birth activism, co-presenting the Birth Hour on community radio and hosting film events and coordinating a birth fair, while being the representative (Maternity Coalition) for the birthing community to negotiate the continued services at our local hospital. As part of the biggest birth rally in Canberra, she organised the production of a CD of activist songs (Songs for Homebirth) to raise money for Homebirth Australia to lobby for Independent Midwives insurance indemnity, an issue which remains today. This lead to running as an independent candidate in the 2010 Federal election tohighlight the midwives issues. Amy was not elected but was invited to a meeting with health minister at the time, Nicola Roxon, at parliament House. She presented the minister with the CD, which included “song for Nicola Roxon” – it’s on youtube- and a documentary by local film maker, Rani Brown, Throwing the Lies Out with the Birth Water.

Amy was also involved with the creative community, being part of the Ruby Bloomers community women’s circus, would perform at festivals. Amy was invited to become event coordinator for Winter Magic Festival in 2011/12. Also, initially as a bar volunteer at the Blue Mountains Music Festival 2007, since 2014 being part of the volunteer organising committee. More recently, Amy has performed in an all women punk band since 2013, and built an artist profile with her cartoon Daisychain- leading to published work, exhibitions, and a mural.

Amy completed her Masters of Art Therapy in 2018 (with Distinction), and currently has a candidature at Western Sydney University  Masters of Research (birth trauma and art therapy). Her experience is enriched from her years working as a community mental health support worker and team leader. The highlight of her community mental health career was presenting at the 14th International Treatment of Personality Disorders Conference.

Amy has lived, volunteered and worked in the Upper Mountains community since 1997. She mainly grew up in Wiradjuri country, having moved around country NSW in her childhood and brings the honest and straight-forward values of the country into all aspects of her life. 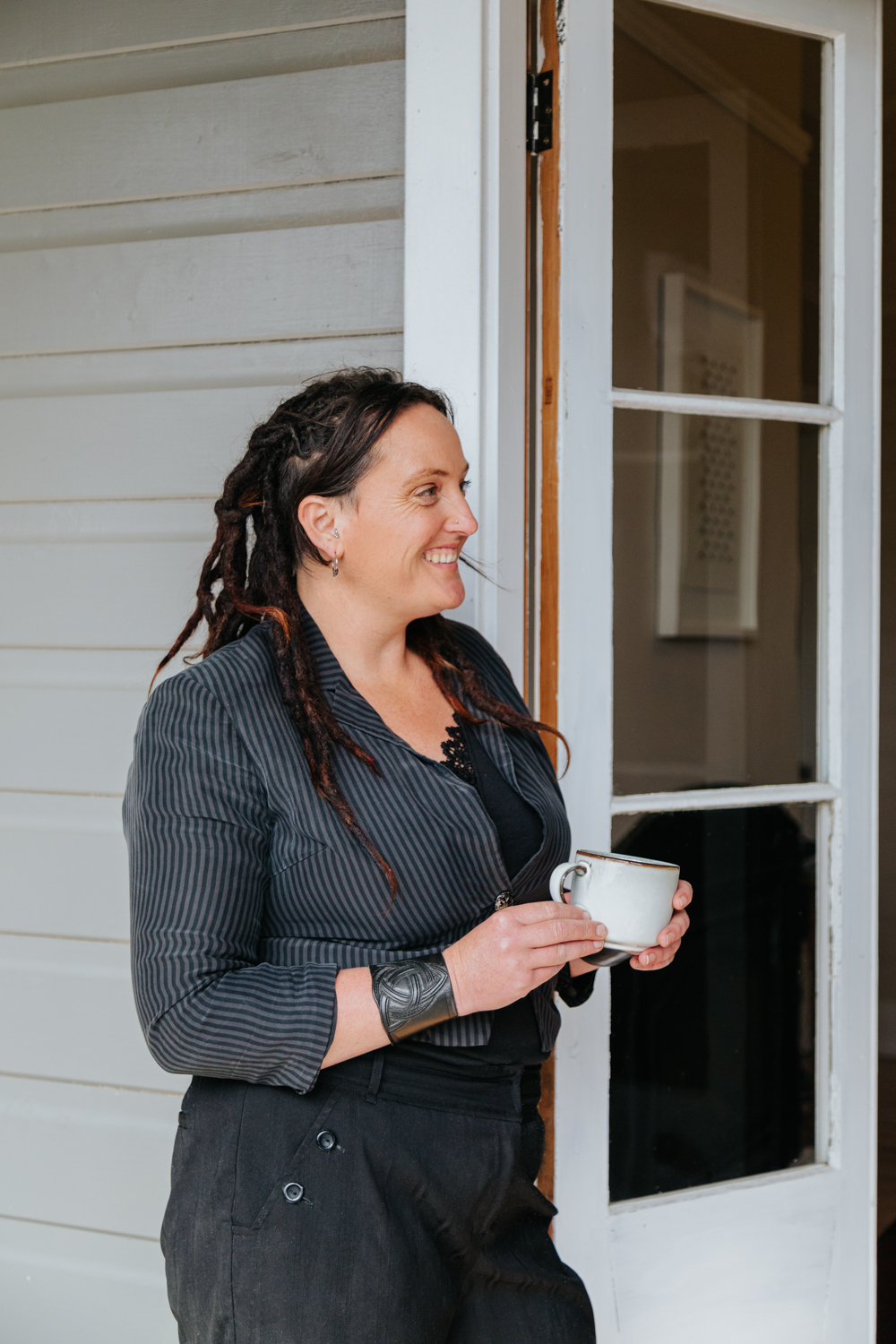 Get in touch
Read the journal

“We are all in the gutter, but some of us are looking at the stars”